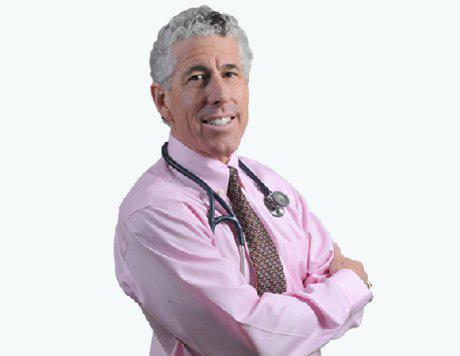 About Stuart B. Kipper, MD and Associates

After growing up in Los Angeles and attending UCLA as an undergraduate majoring in Microbiology, Dr. Kipper spent the next five years in the Ph.D. program in Immunology at UC San Francisco.

Prior to his entering graduate school, Dr. Kipper participated in the early days that helped define and elucidate the basic understanding of the immune system. While an undergraduate,  he worked on the earliest studies that discovered and helped explain the existence and role of T Cells – important participants in the Immune System’s defense arsenal.

While at UCSF, he worked on the role of T Cells – their maturation and importance – in autoimmune diseases like Lupus.

After his Ph.D. work, he matriculated to UCLA Medical School, just as his two older brothers had done before him. After medical school, he settled in San Diego where he completed his residency program in Internal Medicine, in which he became Board Certified.

After residency, Dr. Kipper founded Medical Group of North County in 1990. Over the years, MGNC grew to be one of the largest independent and private medical practices in San Diego’s North County, and eventually became a part of the UCSD Healthcare System In 2010, Dr. Kipper left the practice to pursue his efforts in maintaining committed relationships with his patients by opening his own private concierge practice in Encinitas, Ca. He has been in solo practice there ever since.

Those who know him appreciate Dr. Kipper’s love of the outdoors, respect for nature and everything in it, his love of photography, his spirituality, and his dedication to family which includes his loving partner, April, their beautiful daughter Mia, and his four wonderful sons Ben, Erik, Noah, and Harrison.

He remains dedicated to and continues to enjoy his concierge practice, which allows him to know his patients as unique individuals deserving of personal care. Dr Kipper’s approach defines the true art of excellent medical care.

I have been a patient of Dr Kipper for over a year and think he is one of the best internal medicine Dr that I have ever had. He runs a very professional practice and has a great support staff and is always available to see within 24 hrs or less. He cares about his patients and is a great communicator. I feel very fortunate to have had a friend refer Dr Kipper to me since arriving in North San Diego county. I hope to have him as my Doctor for many years to come.

Lee R.
I went to see Dr. Kipper after a doctor I'd had for many years didn't seem motivated to help me with being tired all of the time. It turns out that I was on an old-school beta blocker for blood pressure that was all the rage in the 90's (but makes you really tired). So, Dr. K put me on a different medication, and I'm back to normal and I've even lost some weight. I find Dr. K to be personable, down-to-earth and effective. He takes time to get to know you as an individual, and his office and staff are equally warm and friendly. Highly recommend! Dr. Kipper greeted us on our first visit like he knew us. After a very complete interview I left the office feeling very lucky to have had the opportunity to have met him, and very secure in the level of care he will provide.

Courtney L.
Dr. Kipper greeted us on our first visit like he knew us. After a very complete interview I left the office feeling very lucky to have had the opportunity to have met him, and very secure in the level of care he will provide.

Maura J.
Dr Kipper is a great doctor. He knows his stuff and how to make you feel like his only patient. I am blessed to be among his patients.

Kena G.
Dr. Kipper has been my physician for about 10 years. He has been insightful and energetic in treating my ongoing health issues. I have added my two adult children to his practice giving them access to high quality, high availability health care in person and remotely when they're out of town

Scott B
Previous
Next